Proteins involved in signal transduction exist in more than one conformational state and thus generally make for a new type of allosteric inhibition by targeting their rare interaction states. An example is the Ras-protein where the protein-protein interaction of Ras with effectors can be modulated by small compounds that bind to the conformational state 1(T). An analysis of the Ras cycle predicts at least eight drugable functional states of the protein that can be used for an allosteric modulation of the Ras activity. We were able to identify the four expected states in activated Ras by high-pressure NMR spectroscopy [1]. Recently, the picture could be completed by identifying the corresponding states in the inactive state of Ras. The study focused on the Ras system leads to a novel, generally applicable strategy for the development of allosteric inhibitors of protein-protein interactions in multiple states systems typical for signaling proteins.

We show the fundamentals of the proposed strategy on the Ras protein complexed with GTP analogue GppNHp. The interaction of activated Ras (Ras.Mg2+.GppNHp) with the effector Raf-kinase can effectively be inhibited by the small compounds such as Zn2+ -cyclen that stabilise conformational state 1(T) of the protein that has a low affinity for effectors. With Zn2+-BPA we could identify a 1(T) inhibitor that binds distant from the active centre of Ras but nevertheless allosterically inhibits the the Ras interaction. 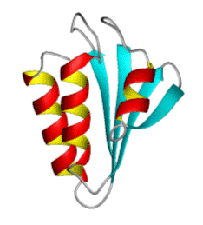 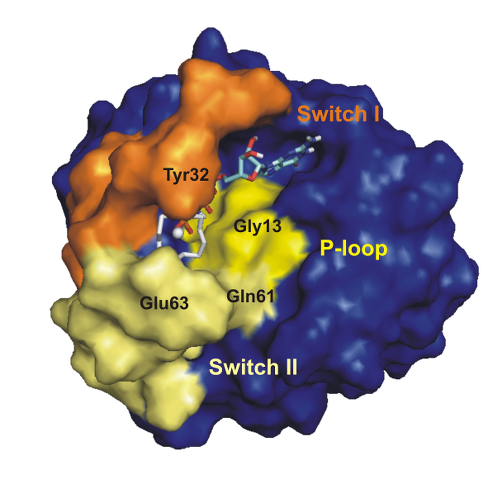 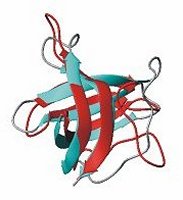